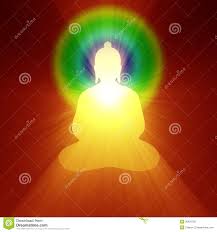 Sensation and perception are how we seem to experience the world. Practitioners of Buddhism and science have given a lot of attention to how we do that and what it means.

From the scientific viewpoint, sensation occurs when a specialized organ interacts with the form of energy it evolved to interact with. These specialized organs are the sensory receptors in the eye, ear, nose, skin, or tongue, for example, though animals have a large array of receptors, like infrared receptors in pit vipers or sonar in bats.

And in an inspired insight I particularly admire, in Buddhism the brain is also a sense organ, one that “perceives” both sensory inputs from other sense organs but also you might consider thoughts a sensory input.

The way it works it that when the receptor receives energy that is in a form that specific molecules in the receptor can interact with (photons with photoreceptors in the eye, chemicals that interact with receptors in the nose or tongue) this changes the energy state of the receptor molecules. The increased energy changes the form and position of the receptor molecules, even if very slightly, that is, there is molecular movement. Atoms in the receptor molecules are now in different orientations relative to each other, stresses are made in chemical bonds, chemical bonds may break and new bonds form. That results in a cascade of further energy transformations that results in a signal that something has been sensed. In higher animals, the signal is transmitted by nerves to the brain, and then the brain sends signals around to different parts of itself (called associative areas; an aspect of the brain as sense organ) organizing the sensory inputs into perceptions and then thoughts or discriminations about those perceptions.

Thoughts are no different from other perceptions, or for that matter any other event in time and space:

It really is all energy transformations.

Sensation and what we do with it is a major theme of Buddhist thought, and is also inherent in the scientific program. It is how we gather the data that makes up Scientific Truth. It is how we navigate through our day-to-day lives.

We may rightly ask: What is it, who is it, that senses, that perceives? In a non-dualistic universe, what does it mean when we refer to an internal and external, to conditions, energy relationships, sensation and Mind (see also Doman’s post “Meditation”).

And Zen is not alone in asking such questions:

“I say that, as soon as I conceive a piece of matter or a corporeal substance, I feel myself necessarily compelled to conceive along with it, that it is bounded, and has this or that shape, that in relation to some other body it is either small or large; that it is in this or that place, and in this or that time; that it is in motion or at rest; that it either touches or does not touch some other body; and that it is one, few, or many; nor can I separate it from these states by any act of the imagination. But I do not feel my mind forced to conceive it as necessarily accompanied by such states as being white or red, bitter or sweet, noisy or quiet, or having a nice or nasty smell. On the contrary, if we were not guided by our senses, thinking or imagining would probably never arrive at them by themselves. This is why I think that, as far as concerns the object in which these tastes, smells, colours, etc appear to reside, they are nothing other than mere names, and they have their location only in the sentient body. Consequently, if the living being were removed, all these qualities would disappear and be annihilated.” (Galileo Galilei 1623, pages 196- 197) 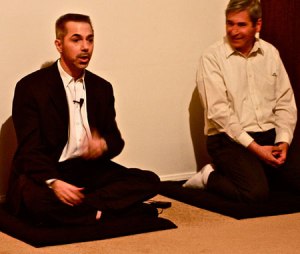 Robert Lanza and me at the Hazy Moon Zen Center

“First Principle of Biocentrism: What we perceive as reality is a process that involves our consciousness.” (from the book “Biocentrism” by Robert Lanza, MD)

“Second principle of Biocentrism: Our external and internal perceptions are inextricably intertwined. They are different sides of the same coin and cannot be separated.” (Biocentrism)

The importance of conditions, both internal and external (ultimately these are only terms of convenience) and how we perceive and so understand the world is central to Buddhism as well. The view of the Western scientists Galileo and Lanza (Biocentrism) is not so very different from what we find in the Lankavatara Sutra, a foundational Zen text that is over 1600 years old:

“who see things as devoid of self existence, as clouds in the sky.. as illusions or mirages or dreams or moonlight on water, and-regardless of whether they appear to be inside or outside the mind as projections from the beginningless past and as not existing apart from one’s own mind. “

“existence and non-existence are perceptions of one’s own mind”

“The world of objects that are perceptions of one’s own mind are fabricated and manifested from one’s own projections. They change and disappear every moment, like a river or a seed or a candle of the wind or a cloud… impelled by habit-energy without beginning”

“..all things are characterized by two types of conditions: namely, internal and external.”

“The application of conditions results in a rug from yarn, a mat from grass, a sprout form a seed, and butter from milk. These are the before and after results from external conditions.”

When I shared these quotes with Bob Lanza some time ago he commented that he was surprised that the ancients could grasp this without science. I told him I was surprised he thought he was actually grasping this with science! I think it comes from a place of deeper understanding. That’s why Bob wrote “Biocentrism,” and most scientists could not or would not.

We project ourselves on an “out there” and “in here” of energy transformations.

Lets look at some examples that are easier to grasp and at least give a bit of a feel for projections.

Here’s your blind spot. Close your right eye and look at the x with the left eye. Bring the page in and out and you will see the B disappear if you are really holding you eye on the x (at first it may flicker in and out if you tend to move your eye).

Now look around. Any blind spot? Anything missing? Nope. You project the world into your blind spot. You do this all the time. Most of what you see from your “peripheral” vision is based on clues and expectations; your peripheral vision is really poor. Your brain stitches a full seen together.

Take the color yellow. You may think that yellow is a primary color (it is for paint, not light), that it represents a specific frequency of electromagnetic waves in the visible spectrum that is always “truly” yellow when you see something as yellow. But you don’t see yellow. Ever. Your eyes, the photoreceptors in your retina, have no ability to register wavelengths that would be “yellow” light. Your eyes, in effect, deconstruct the light by registering the electromagnetic energy in photoreceptors that are sensitive to what we consider green and red. You brain puts that together as yellow. In fact, yellow is not a primary color on your computer screen, your high-definition television? Pixels of red and green. Not yellow. Put on the color palette of your computer (say in Photoshop or Powerpoint) and see for yourself! You make yellow form green and red.

You project yellow “out there”. Yellow! It is only in your brain, it is not your eye, that yellow exists.

Is there a rainbow “out there”?

No; a rainbow does not exist. 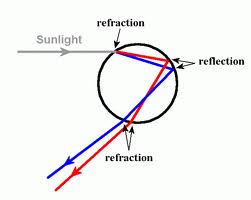 A ray of light (let’s accept for the moment there is such a thing as a ray of light) hits a relatively spherical droplet of water in the air. The light entering the droplet is bent, refracted, the drop acting like a lens. That’s what happens to light when it goes from a less dense to a more dense material, say air to water (or to the plastic in your spectacles). That is how lenses work, and is called refraction. The higher the energy of the light, say blue light compared to red light, the more the light bends. While most of the light would just go on through the transparent water droplet, there is an angle at which light going from a denser to less dense material is bent so much that it is “internally reflected”. When this happens to light that had entered a water droplet at this critical angle is reflected and that light, now separated into different wavelengths by refraction, can reach your eye. The light rays coming out of the droplet are spread out according to how much they bent and that was based on their energy. Depending on where you are compared to that droplet and to the adjacent droplets determines which energy rays you see.

When the conditions are just right, you will see a series of rays with a range of energies from different droplets, deconstructing white light, unmasking an array of visible light that was there but not visible until the energies were manipulated, a bit ike prisms, and that series of rays of light of different energies will be seen as different colors. That is what that you perceive as a rainbow. Move a bit and you will see new rays from other droplets, a new rainbow. But there never was anything that is a rainbow. Light of different energies  enters your eye then is perceived in your brain.

Water, light, mind, but only in a very specific relationship; other than the relationship, no rainbow. Conditions change ever so slightly, you move, and it is gone. Same light, same water droplets, different angle, no rainbow. It’s not a “thing” in the sense that you can’t put it in a bottle. You can perceive it. You can experience it. Your dog can’t, she doesn’t have the ability to see all of the colors; no rainbow for her. A rainbow is real but totally contingent on just the right conditions, including your mind. Your mind gives it color. When the conditions changes, the earth rotates so the sun is at a different angle, the wind disperses the water droplets, your attention is diverted, the rainbow ceases to exist.

Clouds are much like this as well. Clouds are water droplets made visible due to light scattering by water droplets existing in the air at sufficient density and change at each moment depending, evolving, appearing and disappearing depending on the air temperature pressure and the density of the water dispersed in the air. The rainbow and the cloud, each is an event made up of light and water droplets in the sky, and these events do not exist as rainbow or cloud other than your perception of them, your experience of them. The rainbow and the cloud are projections of our minds.

Certainly it is easy to see, for example, that a rainbow doesn’t exist outside of a special relationship between an eye, a brain behind that eye, and droplets of water reflecting light at just the right angle. All have to be aligned and all contingencies in place for there to be the transient phenomenon we call a rainbow. There is no object, no thing you can grasp that is a rainbow outside of these contingencies, these “dependent arisings” to adapt some Buddhist terminology (the term is usually used less concretely).

So, is reality described completely and essentially by energy transformations and what your brain cobbles together, based on conditioning, evolution, ever shifting contingencies and dependent arising, one thing leading to another?

Maybe we can go deeper.

Maybe we should consider what Buddhists refer to as emptiness. 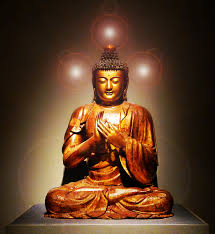