The double slit experiment is justifiably considered among the most simple, elegant and profound experiments in science.

In this experiment, we show first that light acts like a wave. This was first done two hundred years ago. END_OF_DOCUMENT_TOKEN_TO_BE_REPLACED 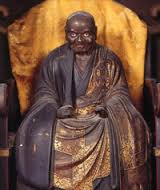 I was writing a story riffing on a tale about the great Japanese Zen reformer and artist of the 18th century, Hakuin.

It seems a young unmarried women had a baby and wouldn’t give up the name the father. Finally she said it was the monk Hakuin. The parents were incensed, not only because he was a monk who was just starting out renovating a small, run-down old temple, but also because they had been supporting him in his endeavors.

They brought him the baby and said, here, it’s yours.

“Is that so?” He responded, and he took care of the baby.

A year later the young woman confessed that Hakuin wasn’t the father, so her parents went back to Hakuin, tails between their legs, and let him know the baby wasn’t his.

Giving the baby back he responded: 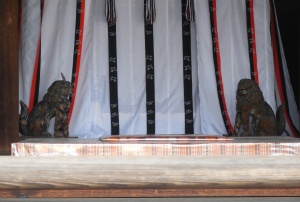 Quantum mechanics grabs the attention of so many people for some good reasons.

Quantum mechanics deals in the atomic and subatomic realms. In the reductive scientific program it is about as small and basic as you can go based on actual experiments.

The results of these studies have led to highly reproducible observations and measurements.

These findings have led to technologic breakthroughs.

And because quantum mechanics is counterintuitive, bizarre and no matter how hard you try to picture it, model it in your head, think it through, intellectualize, fit in into your daily four-dimensional experience of reality, you will fail, like thousand upon thousands of great minds have failed for a hundred years.

Let me start with an example. I will give others in future posts. END_OF_DOCUMENT_TOKEN_TO_BE_REPLACED