I just finished my Christmas blog and opened up Lawrence Krauss’s book “The Greatest Story Ever Told-So Far.” (Yes, I still like reading these books, seeing what scientists are selling. I enjoy it almost as much as interpreting ancient Egyptian ideas about the cosmos, as I do in my next Aidan Dream Detective novel, “Aidan and The Mummy Girl Save the Universe,” which I am finishing up).

Dr. Krauss is one of the more militant skeptic-atheist-materialists. I find him a bit arrogant, but he seems otherwise a pretty nice guy. He’s certainly very smart. Anyway, I came across this sentence, where I was, on page 56:

“So too, Einstein explicitly argued, for the first time as far as I know in the history of physics , that “here” and “now” are observer dependent concepts and not universal ones.”

Bravo! Of course Buddhists knew that for at least two millennia. Check out the Lankavatara sutra, among others. 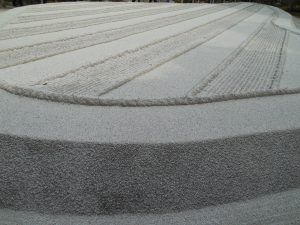 Live in the here and now? Sounds good. The future is a guess, the past is irretrievable far as we can tell, and science assures us we are prone to false memories, dressing up our reality to make it more comprehensible, more palatable. We edit everything to fit our concepts of who we are and what is meaningful, even as we go along, and more so as we keep memories alive by telling and terelling ourselves our stories.

And that’s at best.

Or as the great mathematician and scientist, Laplace, the man who told Napoleon Bonaparte that he had no need for the hypothesis of god in his book on cosmology, said two hundred years ago on his deathbed, when someone tried to make him feel good by lauding his great accomplishments:

“Ah, but we do chase phantoms.”

The word translated into English as ‘phantoms’ was chimera in French. Chimera are mythic beasts hobbled together from different animals. We hobble together phantoms and spend our lives chasing them. Good things, bad things.

Here and now is such a chimera.

If there is any here and now it is Planck time and space, trillions of trillionths of a second or a millimeter. So  so fast a time and so tiny a distance that they are truly inconceivable, nothing our technology can even hope to come in the ballpark of approaching to measure, let alone our senses or our monkey minds. We can write these numbers down mathematically and drool slack jawed in amazement at how clever we are to have come up with such a brazen idea that might even be true, but don’t fool yourself into thinking you can grasp such a space and time.

Even on a mundane level, when you experience a sensory change, a difference in your universe of sight and sound (and smell, taste, touch, phenomena, including mental phenomena, as the sutras say), it is the past. It has been modified. It went from here to there, from an object to your sense organ then to your brain then other parts of your brain where you interpret the changes and tell yourself a story about them.

I used to think a lot about this in surgery, certain one of my more “here and now” experiences. Things move so fast in cataract microsurgery you cant be here and now in a literal way. By time the image of something zigging rather than zagging reaches your brain then you react to it, you’d be too late! You have to be prepared for zig and zag.

By time you react to it, it is gone.

Gone, gone beyond, way beyond.

So, living in the here and now? Sure. What else do you have? But then, do you even have that? And if not, what do you have?