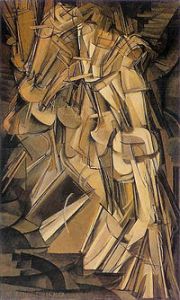 In my last post I wrote about why I don’t agree with the use of the word intelligence in the term “intelligent design,” and why I don’t believe intelligent design is relevant when discussing the nature of the ground of Being, of Mind. The word intelligence as it is normally used it is too anthropomorphic, too based on our idea of functioning based on what we recognize as our brain’s unique activity; it implies a relative ranking based on some parameter you can measure when attempting some brain centered task.

Buddhists tend to talk about awareness rather than intelligence as the quality of Mind or Consciousness (and some may add compassion as the foundation of its expression). Awareness is less content driven than intelligence. Less a skill than a state. Less brain-centric. Tibetan Dzogchen masters use “Pure” or “naked” awareness. Nyogen Roshi defines samadhi as non distracted awareness.

This difference is not trivial. Intelligence is much more personal, more consistent with an “intelligent design” deity that has a personality and is in linear space and time, hence dualistic. Some Buddhists traditionally have recognized such deities in the context of their cultural surroundings, like Shiva in India. These deities are beings that are like us, contingent and limited, an embodiment of karma and conditions, even if vastly less limited than we are. You too can become a deity in your next life! But it won’t last forever.

Some people come to Zen or Buddhism because of their fear of death. It is this awareness, this ground of compassion, that doesn’t know death, the Buddhist teachers tell us. Bob Lanza believes Biocentrism is a prescription for the fear of death because this consciousness is not lost with death; it is not limited by our brains any more than the ocean is limited by its contingent function manifest by the wave. Energy, consciousness, is conserved. It is a symmetry! [see next post]  We lose nothing, he says, as death is just a reboot. Momentum (karma) is conserved with respect to time.

And time itself, Lanza and others tell us is an illusion, only a relative sampling of a timeless fluidity. Of  Nun or Nu, the primeval undifferentiated ocean prior to creation of this and that, you might say (Ancient Egyptian ideas of time(s), cyclic time and eternal time, are another post, but I thought I would throw it in).

Time is a conceit of mass, and mass is a conceit of specific energy interactions. A photon, or any massless particle in space, as I pointed out in a recent post, will experience an infinitely long time between a tick and a tock that doesn’t ever come, at least not until the photon interacts with another energy. And the photon exists in an infinitely compressed space, zero space, that we mass-y entities experience as vast interstellar distances.

For that matter some physicists believe it is accurate to say that all particles, even with mass, are one particle, one in the set of excitations of the quantum field, and there is no difference in time and space between particles, no individual identity between what appear to be different electrons, say, whether here or there, now or then. It is just a matter of the state of the energy locally that gives the image of separate particles. You’ve seen one, you’ve seen them all, and they are all connected at the root like a stand of beech tress. So where does space and time come in for this one uber-particle, which is really a field of energy, a field of potential, without beginning our end.

In Zen it is said we frolic in a field of samadhi, of bliss, forever. That is, beyond life and death, beyond time and space.

On the other hand, a friend at the Zen Center told me a Tibetan teacher told him that, the good news is that reincarnation is real, the bad news is you won’t be you. That does make some sense to me. After all, you aren’t you now, at least not the you of before and the you of after now. For that matter,  which “you” would be the “real you” that is reincarnated? The you of this life? Sure, but also infinite lives as the ocean “you”, the wave, returns to is without beginning or end. You are contingent, you are momentum, the wave, the whirlpool.

What do you think? 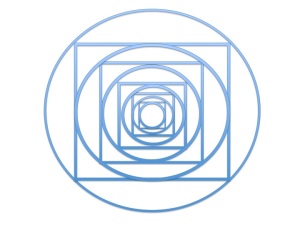