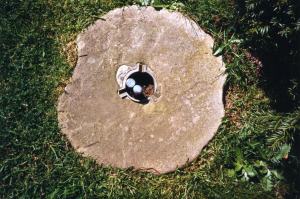 OK, not quite koans, but worth some time if you are so inclined:

Where were the 1 million digits of pi that we have calculated (or for that matter the unending string of numbers that are embedded in pi) before we invented numbers?

Where was the unending number we label “e” that is it’s own differential and integral before we invented calculus?

For both pi and e, where are all those unending digits now?

How can there be a square root of -1 when any two negative numbers multiplied is a positive number? We call this number “i” and it is essential in the mathematics of quantum physics that is at the heart of all scientific thinking.

I can go on and on, but maybe you get the point.